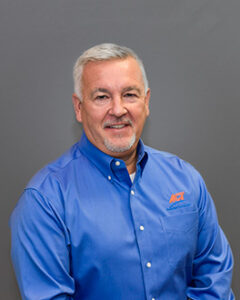 (Liberty, MO) — American Central Transport (ACT) has named Phil Wilt as its new President, adding the title to his existing role as Chief Operating Officer. He will replace current President Tom Kretsinger, who will become ACT’s Chairman of the Board and Chief Executive Officer. “Phil has been a part of our management team for many years and I have tremendous respect for his accomplishments and management style,” Kretsinger said.

Wilt has worked at ACT for 10 years. He joined the company in 2006 as Senior Vice President of Human Resources/Safety, where he worked for eight years before being promoted to Chief Operating Officer in 2014. He holds a BS degree from the University of Missouri-Columbia in economics and education. Wilt and his wife, Tracy, are the parents of two children, Austin and Megan.

Kretsinger announced that the company is making these change because of health issues related to his diagnosis of ALS. “I will resign as President and will move to become Chairman of the Board and Chief Executive Officer. Phil has done an outstanding job as our COO and making him president will expand his leadership to the entire company,” said Kretsinger. “I am excited about this succession planning. It is something the leaders at most companies fail to do, but not ACT. We realize that, at the end of the day, this is not about any one person. We at ACT are used to change, and it’s one of the things that make us strong. It’s the team that counts and our team is the best in trucking.”

“I’m honored to be given this opportunity to serve the company in this capacity and will continue to base my work on the core values that ACT has had in place for many years,” said Wilt. He praised the company’s management team who will continue to assist him in providing day-to-day management for employees. “Our management team has been working for a long time to achieve our company’s goals for success and I look forward to continuing our progress in the days ahead,” he said.